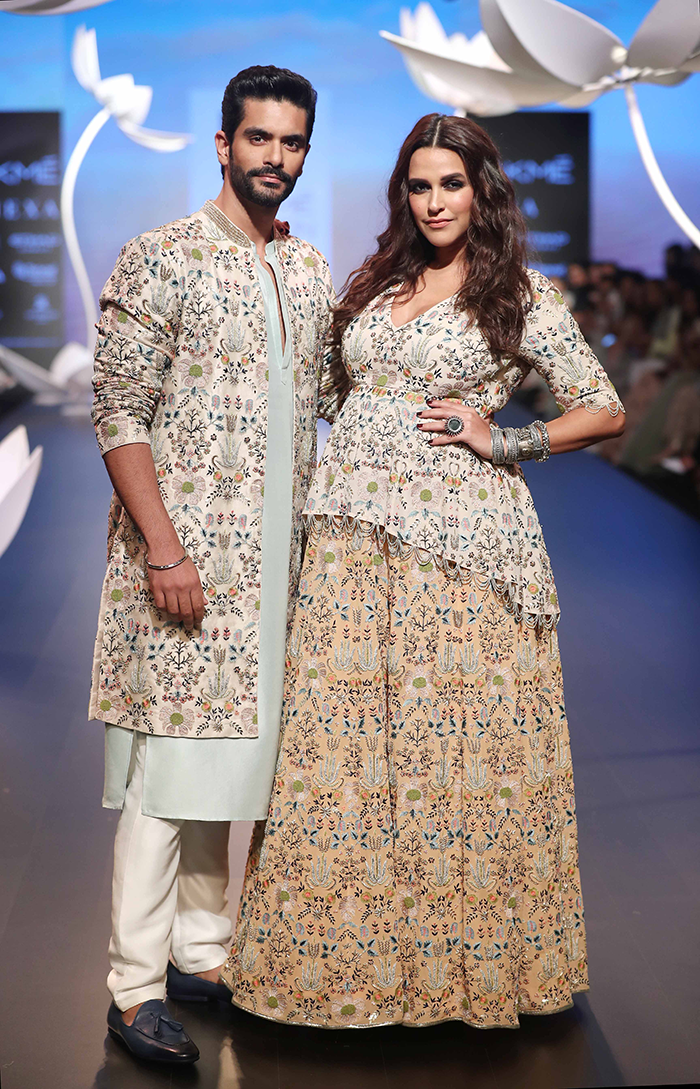 After tying the knot in May this year, Neha Dhupia and Angad Bedi are now expecting their first child together. After their hush-hush nuptial ceremony in New Delhi earlier this year, both Neha Dhupia and Angad Bedi have been at the receiving end of quite a lot of love and attention from their friends, family and most prominently their fans. If you don’t believe us, just head to their Instagram pictures which are full of happy comments for the parents-to-be. Neha and Angad seem to be the couple of the hour – and we’re really not complaining. Especially because Neha Dhupia, it seems, has taken rather well to her pregnancy; in that we feel she has never looked better.

Yesterday, for a work event (yes, she’s back to work after her holiday), Neha stepped out in a beautiful yellow Chandni Sahi maxi dress with a long sleeveless beige jacket on top. Neha looks absolutely resplendent and that pregnancy glow is hard to miss.

On August 27, Neha celebrated her 38th birthday. For the occasion, her close friend Karan Johar hosted a birthday bash for her. Neha chose to wear a black outfit for the party. While we couldn’t catch a glimpse of her entire outfit, Neha’s glowing face was once again hard to miss as she made her way for the bash.

Neha Dhupia and Angad Bedi also walked the ramp together last week at Lakme Fashion Week, for designer Payal Singhal. They made a rather handsome couple in their matching outfits.

Making their way back into Mumbai a few days ago, Neha and Angad were spotted at the airport. There’s only one word for their broad smiles – infectious.

Neha Dhupia has never looked better – we think we can attribute some of that to her glorious pregnancy glow.