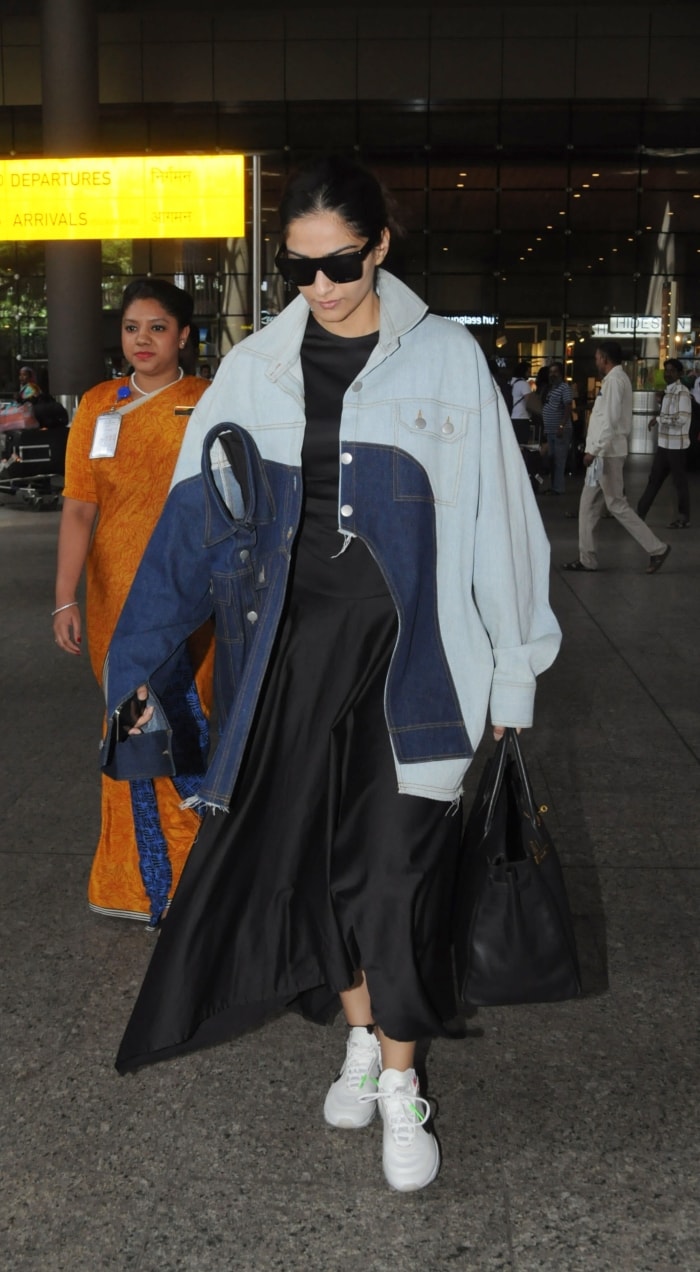 The country’s fashion weeks may not currently be underway but that definitely isn’t stopping the celebrity style quotient from hitting the roof. And in the airport, of all places. With Janhvi Kapoor sharing her tricks in one look and Kangana Ranaut donning a chic co-ord set in another, this season is looking good for airport fashion. So of course one of Bollywood’s foremost fashionistas, Sonam Kapoor couldn’t be left far behind. The trend-setting star was spotted at Mumbai airport a day ago and in usual fashion, she didn’t fail to make an impact.

From a distance, you’d think Sonam was wearing a black and blue relaxed fitted outfit, like ones she has favoured before. When she comes closer, that’s when it hits. Sonam wore a black midi-length dress with white Nike sneakers, dark sunglasses and a black Hermes handbag to match. And while that’s casually chic enough for airport fashion, she went one step further with a denim jacket from Reemami by Reema Al Banna.

And not just any jacket, my friends. The oversized denim jacket was split into dark and light washes. In the front was a surprising secondary neck with a collar and button detail in the dark wash. The arm holes of the second shirt built into Sonam’s arm and torso.

You’d think 2 jackets would probably be layered on top of each other to brave the airport chill. But this is Sonam Kapoor we’re talking about; of course it’s done differently. A secondary side-by-side jacket for a conjoined twin or a partner you just don’t want to say goodbye to? I guess we’ll never know. What we do know is that Sonam’s style never fails to get us talking. Like her unique saree, denim is her canvas to make a statement and this airport look was no different.

What are your thoughts on Sonam Kapoor’s double denim jacket look? Tell us in the comments.