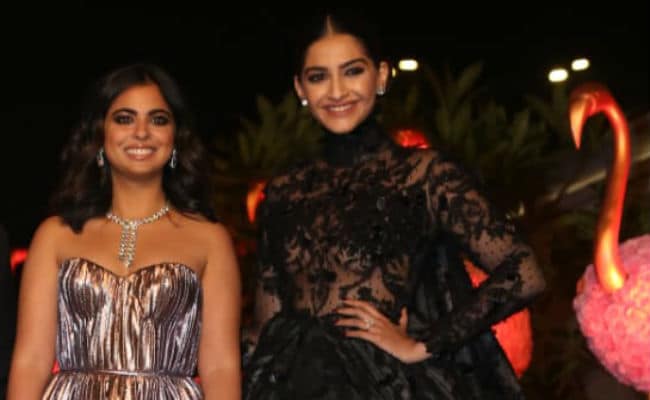 Sonam Kapoor photographed with Isha Ambani at the event.

Sonam Kapoor looked stunning in an Ashi Studio creation, which she wore with a pair of matching stockings and stilettos. She was accompanied by her entrepreneur husband Anand Ahuja. 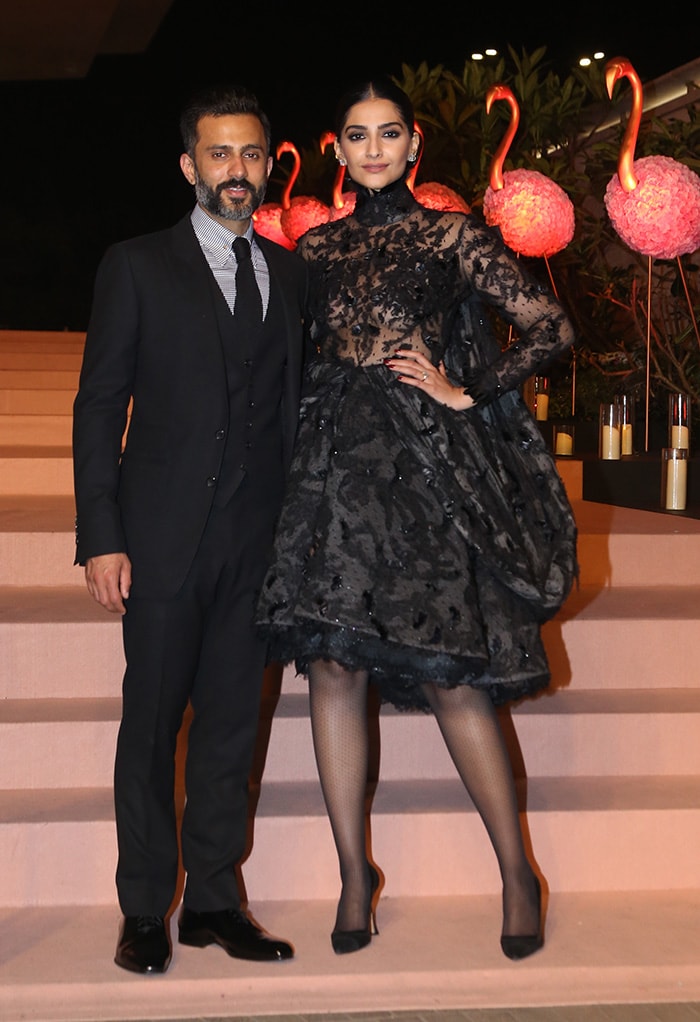 Gauri Khan, like always, impressed us with her sartorial choice. She picked a mint coloured shirt with polka dots and she paired it with high-waist pants and a black clutch. 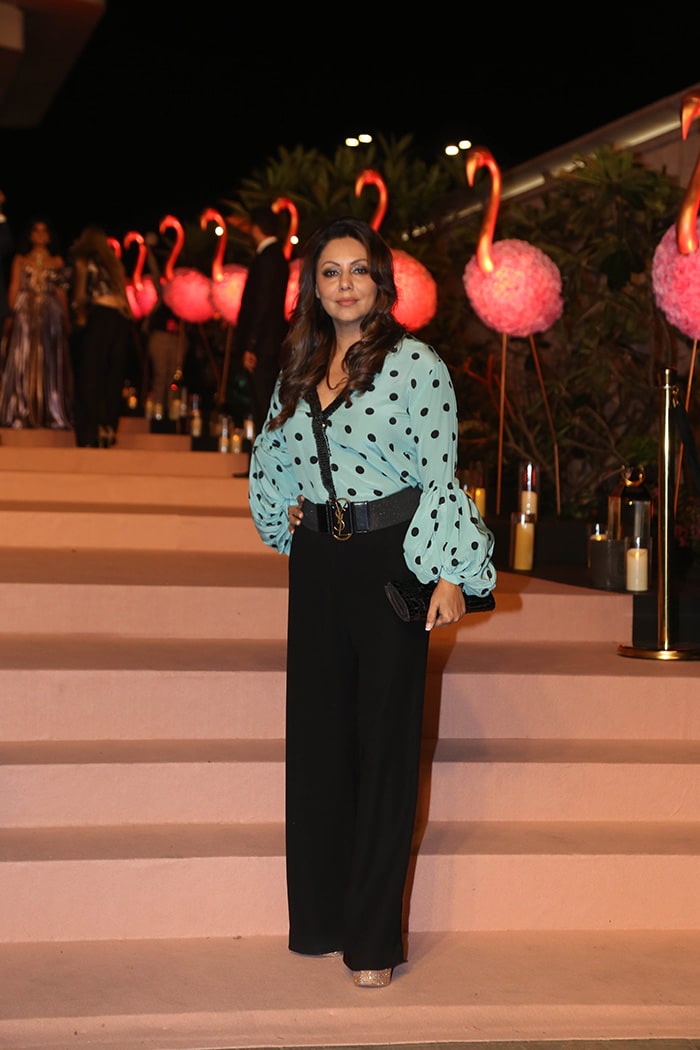 Gauri Khan at the event.

Shweta Bachchan Nanda was grace personified in a red saree. 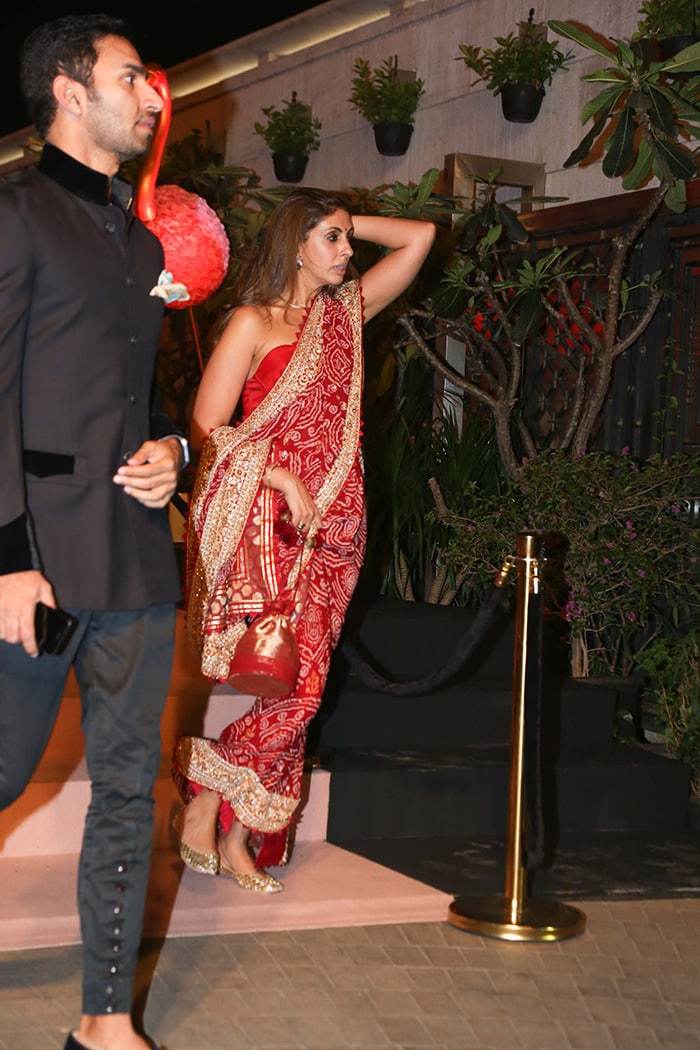